History Of The Rep

The Players company dates back to 1920, when a group of young people interested in amateur theatre came together to put on a play to raise money for charity. They hired the Empire Theatre in Longton and the production, 'Caste' took place as a matinee performance on February 17th 1921. By 1923 they had begun to call themselves The Stoke-on-Trent Repertory Players. Over the next few years they put on productions in several different venues which included the Theatre Royal in Hanley and the King’s Hall in Stoke.

A Theatre of Their Own

The dearest wish among our pioneering members in the 1920s was to find a home of their own. In 1929 they were able to rent a large room on the top floor of Webberley’s Bookshop in Hanley where they set up “The Studio”, with seating for an audience of 100. The facilities were limited, the stage makeshift, but they stayed for three years until 1932.
Subsequently a golden opportunity arose in 1933 when they took out a lease on the church hall for the parish of St. Jude in Beresford Street, Shelton. Initially the agreement was for three years. The theatre opened on March 27th 1933 with a production of 'Lean Harvest' by Ronald Jeans. The Players had a home at last. The Rep bought the property outright in the early 1970's and the company remained at this venue until the autumn of 1997.

In the early 1990s The Repertory Players began to search for yet another home. The site favoured by many members was the building where it had all begun way back in 1921, The Empire Theatre in Longton. Sadly, plans to purchase this wonderful period property came to an end when the theatre was destroyed by fire on New Year’s Eve 1992. This resulted in the idea to have a new, purpose-built theatre.
Fund Raising began by the Rep members in 1991 and the project received the help of the Arts Council, a National Lottery grant, the support of the City Council, funds raised by the membership and the generous sponsorship of numerous local companies and businesses. Plans for the theatre were drawn up by Hulme Upright and Partners in October 1993 and approved. 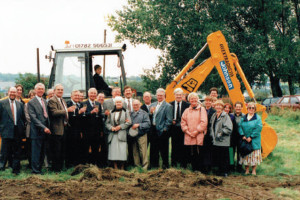 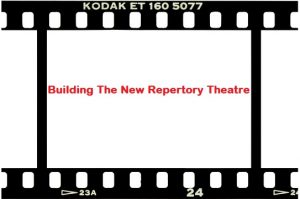 The Rep closed its Beresford Street theatre in May 1997 with a production of 'Journeys End'. The play's title itself acquired a symbolic significance and after 64 years it was certainly the end of an amazing journey and the start of a whole new venture.
On November 7th 1997, at a Gala Evening, The Players were proud to open a brand new 235 seat theatre in Leek Road, Stoke-on-Trent. It was opened by the guest of honour, the Right Honourable Mark Fisher MP, Minister for The Arts. 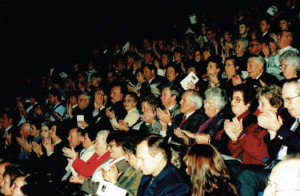 How did the Repertory Players manage to raise a marvellous new theatre on a piece of derelict land in Leek Road ? The answer lies, in part, in the more distant past with our earliest members who, driven by a love of amateur drama, showed courage, determination and amazing resilience through thick and thin and the momentum has hardly ever been threatened and certainly not lost.

Today The Rep is a Limited Company with charitable status. It is operated and staffed by volunteers and receives no annual funding or grants from National Arts bodies or the City Council. It is self-sustaining through hiring its facilities and expertise to local Dance, Drama and Musical Theatre Companies. It is the home of our own amateur theatre company, The Stoke on Trent Repertory Players and 2021 marks the Centenary of this group of dedicated performers. 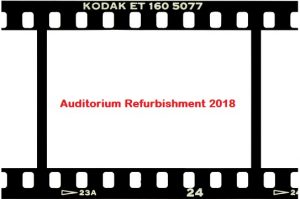